Papillon Events is a catering service with a close-knit team and a great experience in the organization of events. Offering quality French cuisine with many inspiration from the world's cuisines, we have a formula that suits you. Original and inventive, our cuisine varies every day of the year depending on the arrival of the morning market to offer the best during your meetings, events and receptions. 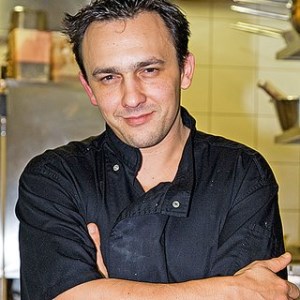 Lover of good things and challenges. Christophe and his team develop a Belgo-French cuisine, influenced by Italy and Asia for your pleasure. It is very young, on the Côte d'Azur, in Bormes-les-Mimosas, that Christophe Lagadec discovers his passion, cooking! He will learn about starry gastronomy in Lavandou, with Laurent Tarridec, at the restaurant Les Roches** in Aiguebelle. It was then in Paris that he perfected his craft in large French houses such as Taillevent***, Bernard Loiseau*** or even La Grande Cascade under the direction of chef Jean Sabine*. In the mid-2000s, Christophe Lagadec had the excellent idea to join Brussels. Christophe works there as chef de partie, second and chef at several restaurants: Sheraton Brussels Airport, Switch, Belga Queen, etc., and caterers including Van Hamme, Brussels Sprouts, etc., before founding Traiteur Papillon Events.

In order to get a precise estimate, please choose a space first.
Login with Google
or
or

Input the email address associated with your account. We will send you a link by email to reset your password.

Your information request has been saved !
We will contact you as soon as possible.

Would you like to add this item to your caddy?

Date of your event: from to
Price :